All guitars are set up for optimum playability in our workshop before shipping.

Calido Guitars invites you to

Buy any Guild Guitar, get a Cordoba Ukulele for free!

TL;DR: From now until May 15th, purchase any Acoustic or Electric Guild Guitar from the CalidoGuitars store and receive a free Cordoba 15CM Concert Ukulele!

Buy any beautiful new, high quality and amazing sounding Guild Guitar between now and May 15th.  Your instrument will be set up, carefully packaged and shipped for free from Calido Guitars.  And your purchase will include a FREE Cordoba 15CM Concert Ukulele ($125 List Price).

You can enjoy both instruments or share the music with a loved one.

Step 1: Add the Cordoba 15CM Concert Ukulele to your cart.

Click HERE to open a new window that will add your new Ukulele to your cart at the Calido Guitars $99 discounted price.

Step 2: Choose an optional gig back:

Protect your investment with a high-quality Ukulele Protective Cases.

A credit of $99 will automatically be applied to your checkout screen! 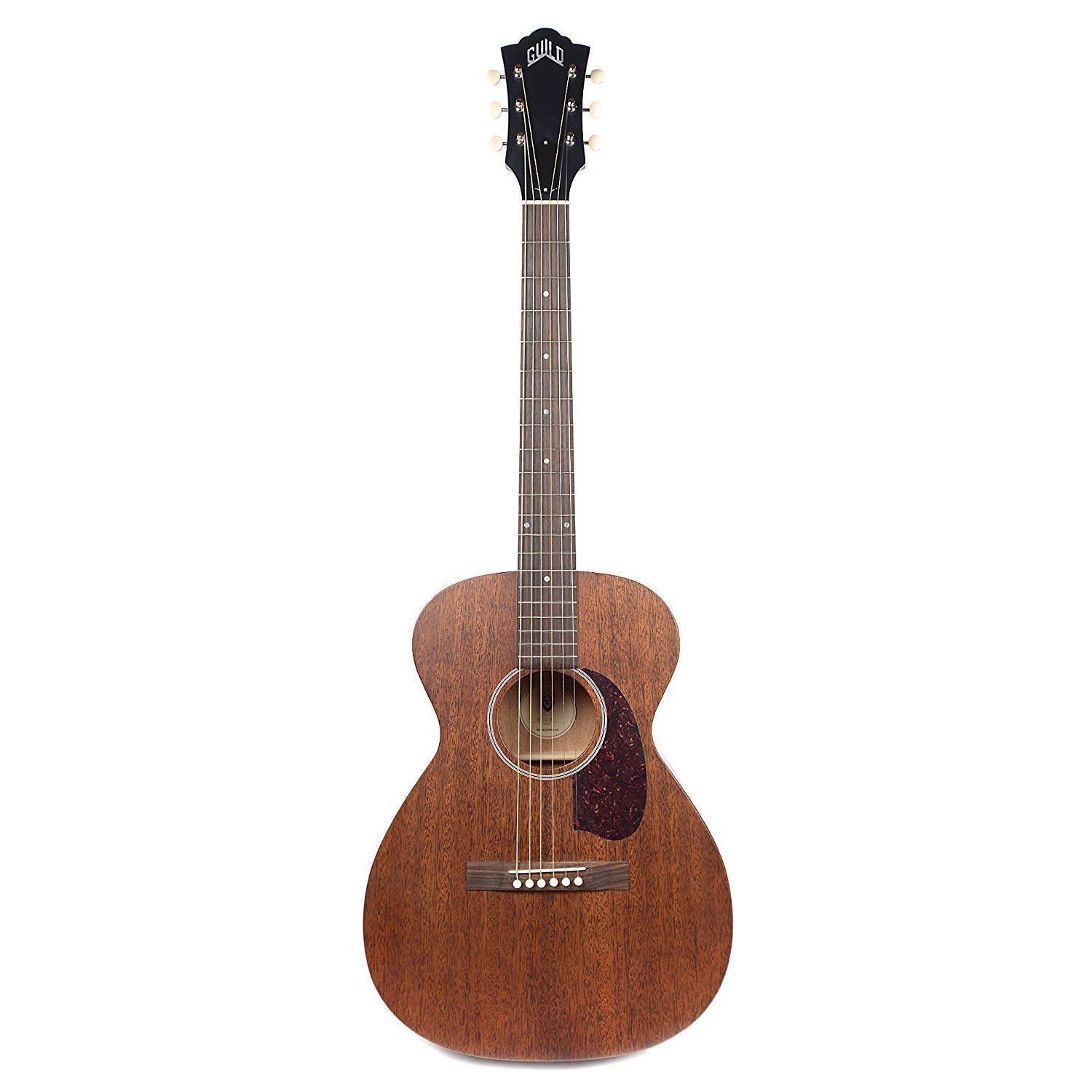 SKU 00226
$1,599.00
In stock
1
Product Details
Guild’s iconic M-20E was the first guitar off the production line in 1967, when the company had grown so much that they relocated to a new factory in Westerly, RI. Nearly 50 years later, history has repeated itself in a brand new, state-of-the-art facility in California.
The M-20E is a concert size acoustic electric guitar built with solid mahogany top, back, and sides, informally nicknamed “the Nick Drake guitar” for its inclusion on the album art for Drake’s album, Bryter Layter.
It features a rosewood bridge and fingerboard, bone nut and saddle, and an extremely light satin finish that allows this guitar to truly sing.
The M-20’s modest appointments include a vintage style rosette and Guild’s peak logo inlaid in mother-of-pearl on the headstock.
Each M-20 comes with a hand-signed, numbered certificate of authenticity, and ships with a hardshell case.
Available in Natural, Vintage Sunburst, Natural with LR Baggs pickup, and Sunburst with LR Baggs pickup. The L.R. Baggs Element VTC pickup system is made in California, USA.
Unlike typical undersaddle acoustic guitar pickups that are dependent on string compression for their sound, the L.R. Baggs Element Active System with Volume and Tone Control was engineered to mirror the soundboard’s movement as you play. At the heart of the pickup, a thin, flexible film sensor picks up the guitar’s most delicate nuances. With unrivaled dynamic range, the Element’s minimalist construction creates an intimate coupling between the pickup and guitar for the highest fidelity possible.
In addition to its treble tone control, the EAS-VTC features a revolutionary low frequency compression circuit which actively controls low end dynamics, creating an incredibly realistic and reliable amplified tone.
Save this product for later